Home > British Music > British Bands of the 60s: The Beatles 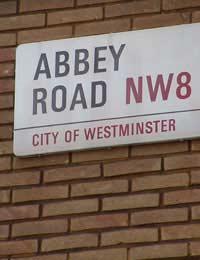 Their music and presence influenced the nation throughout the sixties and their songs still resonate around the world, despite the band breaking up in 1970. According to the Recording Industry Association of America, The Beatles are the bestselling musical act of all time in the USA.

The four lads from Liverpool; John Lennon, Paul McCartney, George Harrison and Ringo Starr, all came from very humble beginnings, but through the power of music, they became highly respected and well-known figures, never far from the public gaze.

Sadly, Lennon was killed in 1980 and Harrison died in 2001. McCartney has released a many albums, and Starr regularly tours and is has also recorded albums.

The Early Years: Twist and Shout

The Beatles were un-officially formed when Lennon and McCartney met at a garden fete in Liverpool in 1957. Lennon had a skiffle band at the time called The Quarrymen. McCartney joined the band as rhythm guitarist, Harrison soon joined as lead guitarist, and Lennon's art-school friend Stuart Sutcliffe joined as bass player. They went through several drummers, including Pete Best, until Starr was recruited later, in 1962. The band went through several names before settling on The Beatles, which Lennon always claimed “came to me in a vision – Beatles with an A”.

Tours of Scotland and then in Germany gave them space to practise and gain confidence as musicians. Manager Brian Epstein, in 1962, pushed for the band to get a recording contract, which they signed with EMI and released their first LP 'Please Please Me' in march of 1963. This album started their catapult into fame and the start of beatlemania. In february 1964, on the strength of this album, they flew to New York, landing at Kennedy Airport to be met by approximately 3,000 screaming fans.

Into The Mid-Sixties: Eleanor Rigby

With Britain and the US now gripped by the band, through lots of airplay, tours and TV appearances, over just a few years more great albums followed:

This album marked a shift for the band, into darker, more experimental times. They were now using drugs, the effect of fame was wearing off and making each of the band seek fulfillment from other sources. Many fans felt this change in emotions led The Beatles into a richer musical time and this is borne out by the songs and albums they produced between 1967 and their eventual breakup in april 1970.

A Decade Through Music: The Enduring Legacy of The Beatles

Whether you were born in the sixties or not, the music of the Beatles has permeated the skin and cultural psyche of Britain and the British. Whether you love them, or hate them; whether you identify more with the band in their early period, or with them in their darker, deeper years – the Beatles sound and spirit remains with us and ultimately enriches us. From short songs about love, through soulful ballads and dirty ditties, the legacy of sound that the combined geniuses of Lennon, McCartney, Harrison and Starr have given Britain and the world is a national (and International) treasure.