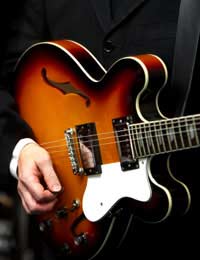 The 1960's are remembered nostalgically in Britain as the 'rock and roll' years. This was the decade that British pop music erupted with energy, and through creating big stars of this phenomena, like The Beatles and The Rolling Stones, British pop music exploded onto the world scene.

This was the flower power generation, when folk were encouraged to dance, smoke pot, wear wild clothing, and dig the music. This was the seminal time of social rebellion in the UK, led by the young, and music was leading the way in this social and cultural revolution.

“All you need is love” : The Beatles

Nearly 60 years since they formed and became the most influential British music band ever, The Beatles remain a much-loved institution. As do the band's four members, icons whose distinctive voices and musical styles are etched into our consciousness, despite the deaths of John Lennon and George Harrison.

Formed in the early 60's after John Lennon and Paul McCartney met at art school, and matured by gigging in Germany and then through the management skill of Brian Epstein, the Beatles produced 12 original albums (and many other compilation albums, which continue to be released by various record companies to this day), ranging from the breakthrough 'A Hard Day's Night' in 1964, to the trippy, drug inspired 'Sergeant Peppers Lonely Hearts Club Band' in 1967, and the soul-searching final record, 'Let it be' in 1970.

“Can't get no Satisfaction” : The Rolling Stones

Friends and friendly rivals to the Beatles, The Rolling Stones remain together as a band, and play together on huge world tours regularly. An iconic individual, front man singer Mick Jagger, famous for his sexy drawl and feminine pout, remains energised by his music and the group's sound. They have released 55 albums of original work, selling 200 million records worldwide. Jagger and his songwriting partner and guitarist, Keith Richards, developed a trademark look of surliness and unkempt style, which contrasted in the early part of the 60's with the Beatles early manicured look.

In discussion about the counter-culture revolution of the 60's, music fans still like to measure their place in that time by having a preference for either the Beatles or the Stones. For many, their path through that time of massive social change was marked by an affinity, in the UK at least, with one or other of these 2 bands.

Other Musical Pioneers of this Generation

Though the Beatles and the Stones were the leaders in the musical field in the 60's, there were many other innovators, imitators, breakthrough bands and small-time stars as well. The Byrd's, The Small Faces and The Kinks are just a few of the more successful names. Individuals like Dusty Springfield, Cilla Black, Adam Faith, and the ever-young Cliff Richard all emerged as stars during this ten year period.

Music and Culture : the 60's Influence

Music influenced life in Britain in the 60's much more than it ever has before or since. The intertwining of music and politics – the Beatles were the 1st music band to be given OBE's by the then Labour Prime Minister Harold Wilson, and John Lennon famously sent his back in protest;along with art and visual culture, including the birth and growth of television, saw a tremendous shift in British social and personal life that has enormously influenced the character of Britain today.

Current British Music Scene
Share Your Story, Join the Discussion or Seek Advice..
some more PLZ who ever did this
Merlin - 4-Oct-14 @ 4:07 PM
HI.can any one help me to find an LP that was made ether in the 1960s or 70s called HAWAII GOES POP. i had this LP many years ago i lent it out but never ever had returned. Many of the songs from the beatles are played on this LP.George
george - 3-Oct-12 @ 11:22 PM
Whatever happened to Twinkle, who had a song called Terry in the sixties?
moggy - 6-Sep-11 @ 5:18 PM
Title:
(never shown)
Firstname:
(never shown)
Surname:
(never shown)
Email:
(never shown)
Nickname:
(shown)
Comment:
Validate: