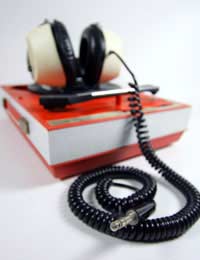 After the 60's musical revolution, the 70s proved to be a deeper exploration of sound, with less emphasis on the crafted 3-minute pop song, and a move into psychedelic instrumentation. This was the generation of Pink Floyd and Syd Barrett, Led Zeppelin, T Rex, and David Bowie.

The influence of this album continues: Roger Waters still tours his version of the album worldwide and recently played the title song to a grateful audience at the Live Earth Concert in New York. Marrying songs of love and social issues with soaring guitar and painful sounds, Pink Floyd were the British band seen as an antidote to the end of the 60's era. In the work of Pink Floyd, cynicism found a way back into music, and the hope and dreams of peace that permeated the 1960s slowly dissipated.

This attitude is sadly all too clearly exemplified by the life of one of the founders of Pink Floyd, Syd Barrett. Widely seen as a creative genius, and the poet at the heart of the band, Barrett suffered a mental breakdown, partly to do with drugs and depression, and in 1974 walked back to Cambridge, into his mother's house where he remained a recluse until his death in 2006. His solo album, 'The Madcap Laughs' (1970) is seen as the work of a musical genius. He was, according to the other members of Pink Floyd, the original “Crazy diamond”.

“The spider from Mars” : David Bowie

A true original from the 1970s is David Bowie – always original, chameleon-like in his approach to new, inventive sound, and fond of bringing glamour and fashion into music, coupled with a futuristic style. Bowie, also known as Ziggy Stardust, and Aladdin Sane, broke through in 1972 with the release of the highly influential 'The rise and fall of Ziggy Stardust and the spiders from mars'. He followed this in 1975 with the number one single “Fame” and the album 'Young Americans', of which he described as a unique musical genre; “plastic soul”.

The album, 'A night at the opera' (1975), which included the single 'Bohemian Rhapsody' really put the band Queen on the musical map and secured their place in Britain's musical royalty. This song includes 6 sections with a range of styles from acapella through to heavy metal, and has several times been voted by different groups as the 'best song of all time'. Freddy Mercury was a true musical experimenter of the highest order, with an extraordinary voice, and a love of theatrical performance.

“All the young dudes” : other Musicians at Work

Borrowing this lyric from David Bowie, other influential music bands that rose to prominence in the 1970s include Led Zeppelin, with their heavy rock sound, T Rex and Marc Bolan and Genesis, with their front man Phil Collins. The 1970s saw a shift in musical energy : British popular music took on the mood of the generation – heavier, more sluggish, with a darker creative underbelly exploring deeper, more wistful themes.