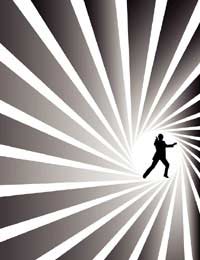 Originally founded back in 1948 Hammer Film Productions has become synonymous with horror and sci-fi movies produced in the United Kingdom. A producer of the world famous Dracula series of movies which made household names of Christopher Lee and Peter Cushing Hammer also had a hand in a series of Frankenstein and Quatermass movies as well as moving into other genres along the way. During the late sixties and seventies however Hammer saw a downturn in production and revenue as a result of the influx of American horror movies which had bigger budgets, bigger stars and more importantly a larger distribution network.

As a result Hammer suffered from a lack of creative and financial input and began making movies which would ultimately lead towards its demise in the latter part of the 1970s. Films which contained more nudity – to engage a growing adult and late teen audience – as well as a series of rather bizarrely titled Dracula movies saw the studio spiral into a state of decline. The studio has however saw a revival in the last few years as a result of being purchased by a Dutch television and film company and movies are already beginning to be made again at the legendary Hammer Studios.

No history of the British Film Industry would be complete without a mention of the world’s most famous secret agent; James Bond 007. The character created by Ian Fleming began life in a series of novels which were gritty and filled with realism. Then in 1962 Sean Connery took to the big screen in his first outing as James Bond in ‘Dr.No’. The franchise has continued on since 1962 and November 2008 sees the release of the 22nd James Bond movie with Daniel Craig playing the sixth James Bond.

You might not be familiar with the names Pearl and Dean but you will be familiar with what they do. The company of Pearl and Dean have been responsible for the last sixty plus years for providing advertising in cinemas. This includes the tradition ‘trailers’ which provide the cinema goer with the chance to gauge what up and coming films they might be interested in and they also provide advertisers with the opportunity to sport their wares on the big screens up and down the country.

Born in August 1923 Sir Richard Attenborough has to be one of the British Film Industry’s most treasured directors and actors. A man of many talents and an eye for detail Attenborough has produced and directed some of the most memorable films in the history of cinema including ‘Ghandi’ (1982), ‘A Bridge Too Far’ (1977) and ‘Chaplin’ (1992). The brother of Sir David Attenborough – Britain’s foremost naturalist and television presenter – Sir Richard Attenborough also held chairmanship at Channel 4 (the UK’s fourth terrestrial television channel which began broadcasting in 1982) as well as the presidents of both RADA (Royal Academy of Dramatic Art) and BAFTA (the British Academy of Film and Television Arts).

To this day the British film industry goes from strength to strength producing motion pictures which are seen all around the world and also leading the way in producing some of the finest male and female acting talent the cinema going public has ever seen.