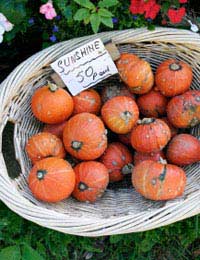 The annual British Food Fortnight has taken place for the last nine years during the Harvest Festival. This fortnight celebrates the diversity of food produced in Britain and there are a number of ways that the public can take part.

When Does the Annual British Food Fortnight Take Place?

The British Food Fortnight takes place during the last weeks in September and the beginning of October. The fortnight coincides with the Harvest Festival, traditionally held near the Sunday of the Harvest Moon. The fortnight is designed as an overall flagship event to promote British food throughout the UK. The first British Food Fortnight took place in the autumn of 2002.

What is the Point of the British Food Fortnight?

There is a wide variety of food and drink available throughout Britain. Each country and region in the UK has its own distinct variety of food and the fortnight celebrates this fact. The food fortnight also promotes the benefits of healthy eating and the best food to buy during the different seasons. The event also publishes self-help guides that can help the public and food retailers make the most of their food and drink.

Is the British Food Fortnight a Popular Event?

Statistics for the event show that it has risen in popularity since its inception. Sales of regional food and drink across the UK increase by £15 million during the fortnight. There is also a 34% increase in sales in stores that participate in the food fortnight. Around 42,000 restaurants, pubs and shops are invited to promote their regional food and drink during the fortnight, and given details on how to do this.

How Do the Pubs and Restaurants Become Involved?

One of the major initiatives of the British Food Fortnight is to promote and give information on the dishes they serve. Restaurants and pubs that provide food will name the producer of the ingredients used to make their meals. Certain pubs and restaurants have taken the step of serving a certain amount of British meals during the fortnight. Tourism centres have now become involved and will promote regional food and drink at popular tourist attractions.

How Can Individuals Take Part in the Food Fortnight?

One of the main ways of taking part is to buy only British food during the fortnight. Restaurants, pubs and shops will advertise the fact that they are taking part in the event. By dining in restaurants and pubs that are taking part the public can sample different varieties of British food and learn more about the dishes. Individuals can also help by shopping in local grocers, butchers, markets and farm shops.

How Can Communities Become Involved?

The British Food Fortnight is very community minded and encourages all sectors of the community to become involved. Schools are a big part of the food fortnight, and primary and secondary schools are actively encouraged to join in with a number of events for both children and parents. Not only will taking part help to educate children on eating healthy British food but it will also help the school gain local publicity. Teachers who wish their classes to become involved can obtain information from the Love British Food website.

The fortnight will of course focus on food but there will be a variety of different events to partake in. Cookery demonstrations and classes are very popular as well as educating people on a variety of edible plants. Healthy living is another aspect of the fortnight with many towns giving yoga and keep fit classes. Guided walks are available through some of the UK’s most scenic regions. Drop in activities such as local crafts workshops are also available during the food fortnight.

Are Local Drinks Included in the British Fortnight?

Local drinks are a big part of the fortnight with many regions promoting their own beers and wines. There are many award winning vineyards in England and Wales and there will usually be wine tasting sessions throughout the fortnight. Beer is of course made throughout the whole of Britain and each region will promote its own local beers and ales through pubs and restaurants. Keep a look out for the Annual British Food Fortnight logos in pubs, shops and restaurants during September.