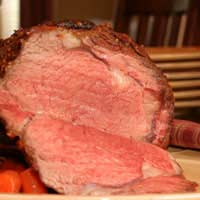 Britain has a reputation for a diet of solid, simple food - food that fits and feeds both the working man, and the nobility. As every worldwide culture has a tradition of reliance upon local food, the same goes for Britain, which as befits an island, has a wealth of fish. Also, due to the country's climate and annual rainfall creating lush pasture and agricultural land, great quality meat and vegetables.

What are the foods that linger in the cuisine of Britain ? What are the food combinations and tastes that every Briton can conjure up on their tongue, even when they are far away from their homeland ? Below are just a few...

Ah, the great dish of fish and chips... haddock or cod (cod is frowned upon these days due to overfishing of cod stocks in the north sea), or even plaice, fried to a golden complexion in a smooth, silky batter, perhaps even a batter with some extra flavour - beer, for instance.

Then paired with a steaming pile of chips - well-cut, well-fried, from local potatoes, to a dark yellow, golden hue. Chip-shops in the north of the country often include the bits of batter too, affectionately known as bits, or scrapings. Delicious!

There really is nothing better than this perfect combination of foods. Created in the 1800's by an Irish immigrant and a Jewish immigrant from Eastern Europe who met at London docks, and pooled their combined cooking preferences.

This classic dish, initially sold from vans and now available everywhere from high street chippies to gastropubs, has justifiably got to the heart of Brits, and surely is now seen as the number one dish.

Just don't eat it every night of the week - fish and chip-shop owners may disagree, but all that oil isn't wonderful for your heart!

This is such a simple dish, and yet many people don't make it at home - partly due to the fear of it not rising, and partly because of the memory of the older, post-war generation serving it at a traditional Sunday lunch, and believing it can't be made as well as that !

As with most dishes mentioned here, it is available ready-cooked from the freezer section of most supermarkets, but it is almost sacrilegious to cook such a simple dish from frozen!

Yorkshire pudding is purely a batter that is cooked in the oven until it rises, has a hole within it and is a light, almost fluffy kind of thin pastry cake, and is served either on the side of the plate as an accompaniment to the roast meat, or as is served in some parts of Yorkshire, in the town of Beverley for instance, as a meal in itself,a food into which the meat (or vegetable) is put, accompanied by a thick and luscious gravy.

Toad in the Hole

Toad in the hole is a variant of Yorkshire pudding, as it consists of sausages (which must be thick, meaty, good quality sausages, not the thin, scrawny variety) inside a Yorkshire pudding, with plenty of gravy, and perhaps onions on the side.

Fried liver also has a bad reputation in these healthy times as a deeply unhealthy, cholesterol-busting dish. This is a shame, as cooked liver contains a lot of iron and proteins, essential for our body’s well being.

An occasional treat - still on the menu in roadside cafes, and as part of the 'great British breakfast'.

Where do you begin with black pudding? It is, in essence, pure offal - the otherwise to be discarded internal parts of an animal, mixed with the creature’s blood, which gives it the distinctive dark colour.

It also has a sister foodstuff - white pudding, which is basically the same ingredients, minus the blood!

Traditional butchers still make it, as with sausages, with the intestine from the animal, but generally it comes encased in an edible plastic coating.This, like liver, is delicious...once in a while.

Also traditionally served at breakfast, to give succour and strength for the day ahead.

This is a traditional Scottish food - still extremely popular over the border, and with many fans down south. It is also offal - waste or by-products, encased in a skin, coated in batter and fried to a golden perfection.

Legend continues in Scotland that a lucky visiting Brit will be invited out for an early-morning haggis shoot - but its better to politely decline and stay in bed.....

Always served with chips. A must-try dish if never partaken. A vegetarian variety is now commonly available - made with nuts, lentils, and spices. Delicious, and healthier!