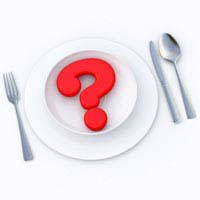 It is disheartening to find out that the food we buy isn’t always as advertised. Incorrect and misleading labelling on food is a crime and there can be severe consequences for companies that do perpetrate these food scams.

Should The Public Be Concerned About British Food Scams?

When it comes to food the public can never be too careful. It’s estimated that around 10% of the food bought in Britain is actually incorrectly labelled or is misleading. Certain food manufacturers do make claims that the food is organic when it is nothing of the sort. Food fraud is a serious money making business and these scams generate a huge amount of money for the perpetrators.

Why Claim Food is Organic When it isn’t?

Do These Scams Occur With Everyday Food Products?

Around nine billion eggs are consumed in the UK each year with around 40% of this figure consisting of free range eggs. But according to the Department for Environmental Food and Rural Affairs (DEFRA) almost 30 million eggs labelled free range are nothing of the sort. It would be almost impossible for consumers to tell the difference once the egg has landed on their plates. But false advertising means that shoppers can be wasting their time actually reading the labels in the stores.

Are Food Scams Taken Seriously By the Government?

There can be very serious consequences for anyone who is found guilty of this type of food scam. One British company director was recently sentenced to 27 months in prison for food fraud. In 2009, One Foods Limited was found guilty of selling traditionally grown food as organically grown. The crime took place over a five year period and the three perpetrators involved were all prosecuted.

Who Investigates Food Scams in the UK?

The Food Standards Agency (FSA) is one of the government bodies that help to eradicate food fraud. The FSA use a number of different techniques to uncover this type of food scam including spot checks on food and drink. DNA testing is actually used on certain food to make sure it is the product that is advertised. DNA testing may be able to tell the variety of certain foods, such as grapes, but it will not be able to tell where the food was grown.

Does it Make a Difference Where the Food is Grown?

When it comes to labelling food as ‘local produce’ or even British it does make a difference. Many consumers buy locally sourced food or British products because they assume they are supporting local or British farmers. It can also be the case that local foods are fresher as they do not have as far to travel before reaching supermarkets and stores. But supermarkets often have a different view on what is considered local than shoppers do. Local or regional can simply mean the food was produced in the country it was bought in, which can rack up the food miles.

How Can I Help to Stop Food Fraud and Food Scams?

Anyone who suspects that food fraud is occurring should report the matter to the Food Standards Agency. The FSA runs a food fraud hotline where individuals and businesses can report food fraud issues. Food fraud is defined as any food that is placed on the market with the aim of deceiving the customer for financial gain. Details on the food fraud hotline and more information on food fraud can be found at the FSA website.
Next Page

How to Make Local Shopping Worthwhile