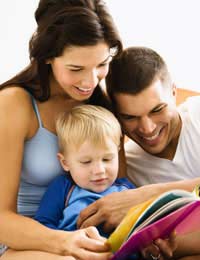 Britain is a hub of literature of all types, and naturally books for children play a big part in this. From J.K Rowling and her wonderful series of Harry Potter adventures within wizardry, to the darker plotting of Phillip Pullman's 'Her Dark Materials' trilogy. Books for children in Britain offer and encompass a wide range of styles and themes for the child, young adult, teacher or parent to carefully select and enjoy.

Starting Reading Early: the Lure of Books for Children

It is certainly true that if children are given the opportunity and the skills to start reading at an early age, then this love of reading and literature will stay with them throughout their lives, and so authors of books for the younger reader have a great responsibility in crafting stories for this age group.

Trying to keep or lure children away from the television and the computer is a challenge, so authors must operate at the level of their target audience and unpeel their fervent imaginations.

Roald Dahl, with his wonderful books - 'Charlie and the Chocolate Factory' (so rich it has been filmed twice), 'James and the Giant Peach' to name just 2 of many, targeted at the younger reader - was able to enter the mind of a child and understand the world so vividly from their perspective. This Norwegian writer, who lived in Britain for many years until his death in 1990, had a real gift for revealing life through the child's eye to adults. His writings are a crucial part of our written culture.

Another writer of stories for children from a few generations ago was Richmal Crompton, whose books for boys (and which attracted quite a few girl readers too), the 'Just William' series, were and remain a huge hit. These adventure stories explored William's good humoured naivete and innocence as he strode out each day with an inquisitive and mischievous bent.

Younger writers working today include Ally Kennen,whose 2006 novel 'Beast' was nominated for the Carnegie Medal,and won the 2007 Manchester Book Award, and whose 2007 sequel 'Berserk' will be followed up in 2009 by the third of the trilogy 'Bedlam'.

Kennen started writing herself at a young age, and honed her skill while on a Master's course in creative writing at Bath Spa University, where she won the 3 book writing contract. There are in Britain nowadays creative writing courses which specialise in writing for children, and students hone their skills and passion.

Other initiatives in Britain include libraries setting aside space to make special reading areas for children, with librarians who can guide children and parents to a range of books the child might enjoy, based upon their previous reading experience and their likes and dislikes.

Another younger author who is making a big splash in the world of books for children and younger readers, is Joanna Nadin, whose book 'My so-called life: the tragically normal diary of Rachel Riley', published this summer by OUP in the UK. This book, aimed at readers who are 12 plus, has been described by reviewers as the funniest diarist since Adrian Mole.